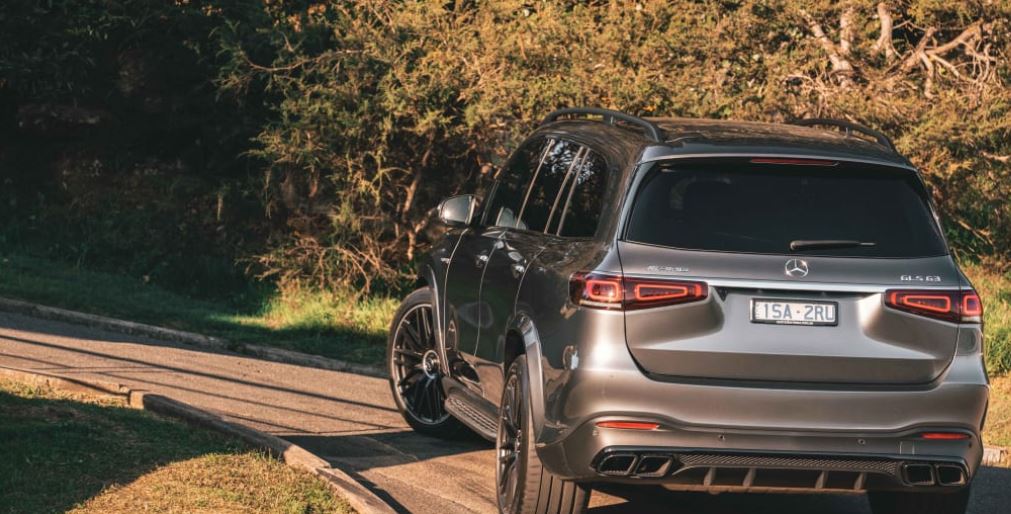 The whopper. The big kahuna. Big cheese. Or maybe Grand Poobah? These are all phrases that I kept dishing out whenever someone enquired about the rather meaty 2021 Mercedes-AMG GLS63.

That’s because it is all of those things – some good, some bad. As the top dog (there’s another) of Mercedes-AMG SUVs, it needs to deliver.

Given the space and prestige upgrade you receive against the overall cost outlay, it’s fairly priced.

Our car was also relatively devoid of options, surprisingly. At this level it’s not irregular to see $50,000-plus worth of extra gear. It had $10,900 worth added, which includes unnecessary 23-inch forged-aluminium wheels ($3900), the necessary carbon interior package ($4200), and circumstance-pending rear-seat comfort package ($2800).

Naturally, driveline figures are huge. The ‘M177’ 4.0-litre twin-turbo V8 engine in this trim produces 450kW and a massive 850Nm between 2250–5000rpm. But that’s not all, as the GLS63 is equipped with a clever 48-volt electrical architecture, as per most modern and large European performance vehicles.

A clever alternator not only saps from the engine, but also gives back – providing 16kW and 250Nm to the mix. Dizzying figures in total, but slightly numbed due to a 2.7-tonne tare weight.

The performance is muscular considering its size and mass, but scarily it doesn’t convey the speed it puts on. It’s one of those cases where you nail the throttle, feel less g-forces than expected, then look at the speedo and go “yeah, right”.

Other AMGs in the range, from the mighty A45 S right through to the utterly brutal GT R sports car, all relay the vital essence of acceleration and performance back to you as the driver. They all communicate speed rather well. So well, in fact, that it’s become an expectation after getting into a vehicle adorned with those magical capitalised letters on the back.

Still, it’s fast according to the speedometer, even if it sadly doesn’t feel it. Going from 60km/h to 110km/h via a motorway on-ramp is completed almost instantly. Actually, that’s more the case with all roll-on acceleration events.

The engine’s clever design mitigates long pipes for its turbochargers to expel through, which reduces lag. Add in the alternator starter’s aid, and the resulting net effect is super responsiveness. You’ll just have to keep the windows down, though, or monitor others fading into the distance in order to notice its pace.

There’s an adaptable sports exhaust fitted as standard, which lifts the decibels significantly. In regular mode it lets out a subdued V8 hum, and when fully open creates the signature soundscape of being followed by rolling thunder. Not as raucous as old, naturally aspirated AMG V8s, but still of similar quality.