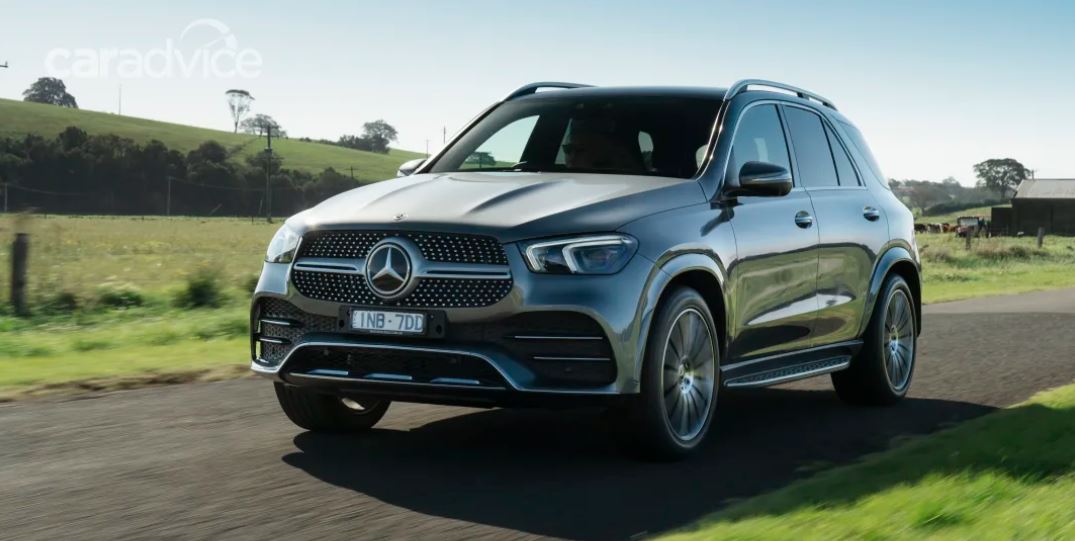 The brand new Mercedes-Benz GLE has what it takes to give stiffer competition to BMW’s ubiquitous X5. It looks and feels a million bucks, something we never thought about the old model.

Mercedes-Benz has long had the wood over nemesis BMW in Australia’s sales race, but the battle between their GLE and X5 large SUVs has long been an exception. The Bimmer has outsold its GLE competitor by 40 per cent since the start of 2016.

Luckily it’s quite clear this new-generation GLE will give far stronger competition to its Bavarian competitor, as well as the Audi Q7, Range Rover Sport, and Porsche Cayenne. It’s bigger, brasher, and better-equipped to lure its (stated) target audience of wealthy 35-45 year olds with kids.

This generation is a significant 105mm longer than the outgoing car (4924mm), making it the same size as said BMW X5 (4922mm). It’s 12mm wider and 24mm lower, and sits on a wheelbase that has been stretched by 80mm, improving occupant space and enabling the return of an optional third seating row for the first time in years.

Mercedes-Benz’s Australian division has taken a different approach to specifying the GLE. All three launch variants all have the same features and options, with the only differences are their powertrains. The GLE 300d diesel kicks off at $99,900 before on-road costs, the GLE450 petrol from $111,341, and the flagship GLE400d diesel from $118,142.

The AMG 53 and 63 performance models are scheduled to arrive next year.

The only variant available for us to test at the recent press launch (which came some time after the public launch, interestingly enough) was the base GLE300d entry car, which uses a 2.0-litre turbo-diesel engine making 180kW of peak power and 500Nm of torque 1600-2400rpm. It rivals the soon-to-arrive BMW X5 xDrive25d.

This highly refined powertrain is matched to a permanent 50:50 AWD system and nine-speed automatic transmission controlled by a column shifter where a right-side indicator stalk would live. Mercedes-Benz claims combined-cycle fuel consumption of 6.9L/100km, though on our drive we were averaging 10.2L/100km with more spirited driving.

While a 2.0-litre engine seems small for a car weighing nearly 2.2-tonnes, the GLE300d’s 0-100km/h sprint time of 7.2 seconds (1.4s faster than the old GLE250d base car) is certainly sprightly enough, and you’ll rarely get the gearbox to use its top gear until you’re travelling well above Australia’s unusually low speed limits. If you buy the $1900 Towbar Package you also get an uprated 3.5-tonne braked towing capacity on this engine, and the other pair.

The other engine is the petrol-fired GLE450, projected to make up 50 per cent of sales. It pairs a 270kW/500Nm 3.0-litre inline-six with a 48V electrical system and Mercedes’ EQ Boost tech that can recuperate wasted brake energy, and redeploy up to 16kW/250Nm to fill in any turbo lag and power the car from launch, making the start/stop system seamlessly smooth.

Mercedes claims a 0-100km/h sprint time of 5.7 seconds and fuel use of 9.1L/100km, which is impressive for a lumbering petrol SUV. While not a conventional hybrid, our experiences with such 48V systems suggest this unit will be smoother than the other GLE variants, and particularly good for those doing inner-city commuting. It’s also slightly cheaper and more efficient than BMW’s X5 xDrive40i petrol-six equivalent.

Read the full article here…
Previous
Back to Blog
Next