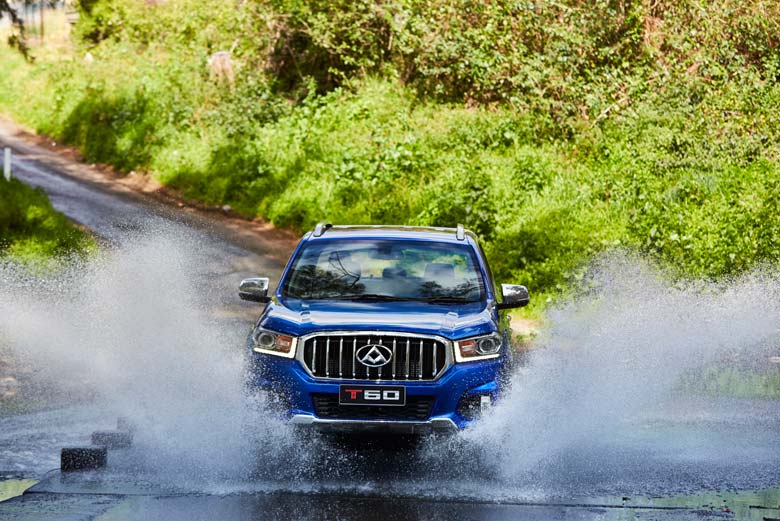 The LDV T60 has been causing a whole lot of talk since it hit the Australia market, we came across the review below and just had to share!

“My name is Sam and I own an LDV T60 Pro manual. I purchased the car to replace my old work vehicle. I’m in the electrical industry and I travel about 1200km per week of mixed driving from job to job, so fuel consumption and reliability are very important to me.

The T60 has now got 15,000km since I bought it in January, and so far has proven to be a very reliable addition to my business.

It gets on average 750–850km per tank. It is very comfortable to drive and always feels effortless when taking off at the lights and getting around town. The ute is no race car and lacks power when needed, however day to day driving suits me just fine. The gearbox feels solid and precise when shifting, unlike some other utes that feels like the shifter just sloshes around.

Suspension-wise, the ute can easily take big loads without sagging in the rear and doesn’t feel like it has any load in it. However, the suspension feels a bit boaty at times, diving and dipping a bit on bumpy roads. The one time I have taken the ute off-road it was more than capable and felt at home on unsurfaced roads and rugged terrain.

When I bought the ute, I had to think about the future and having the extra seating for a child seat was very important, but most important was the safety aspect of a car. The T60 has a five-star safety rating that puts me and, most importantly, my wife at ease. The car has departure warning and driver fatigue warning among other great safety features.

The car is also packed with tech like a massive 10.0-inch touchscreen, which is very handy, especially when you have your iPhone connected and using maps to get around. The six-speaker stereo isn’t the greatest. LDV calls it “thumping”, however it isn’t. In saying that, there aren’t too many utility vehicles that have great sound systems.

The car (in my opinion) looks great. I get comments on how great it looks almost daily from my customers. It’s big, it has daytime running lights and fantastic deep-looking paint. The inside looks great also (for a ute). The interior has hard plastic everywhere, which some people would turn their nose up about, but for me and what I use the car for it is perfect. It is fit for purpose.

I feel that LDV got it right with this ute. The value for money is fantastic, and it has a lot of standard equipment that you would expect to pay big dollars for. Some aspects of the ute that could be improved would be power and handling. But seeing as there is such a huge market for aftermarket modifications, it wouldn’t cost much to truly make the T60 ute perfect.

Lastly, I’d like to say that Chinese cars have a reputation for being cheap and nasty. This car doesn’t fall into that at all. You can see LDV is making the effort to make its utes and vans into serious contenders. Years ago, people would hang crap on Kia, but now it has proven to be a serious manufacturer.

Thank you for the opportunity to have a say.”